Flu Season Is Upon Us!! Are You Protected!! 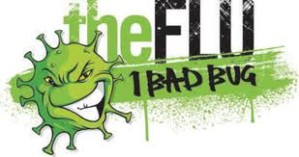 Steps To Help Prevent The Flu 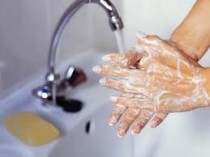 CDC recommends a three-step approach to fighting influenza (flu). The first and most important step is to get a flu vaccination each year. But if you get the flu, there are prescription antiviral drugs that can treat your illness. Early treatment is especially important for the elderly, the very young, people with certain chronic health conditions, and pregnant women. Finally, everyday preventive actions may slow the spread of germs that cause respiratory (nose, throat, and lungs) illnesses, like flu. This flyer contains information about everyday preventive actions.﻿ 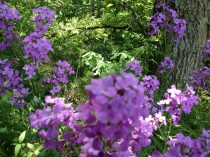 Allergy season is upon us!

The CDC reports that over the last 12 months, in the US, 20.0 million people were diagnosed with hay fever. And although at the present there is no cure for Allergies and hay fever they can, however, be managed for a large number of those who suffer with them.

Treatment for allergies may include both pharmacological and/or allergy injections.  If you happen to be one of those who suffer from allergies or hay fever contact your physician today to discuss your options.

Most likely you have heard about the alarming rate in the rise of cases of Diabetes in America today. You may also be personally affected by Diabetes or know someone who is. Available for download below is a "Daily Meal Planning Guide" by Lilly diabetes. This guide will help to provide you with useful information when it comes to meal planning and glycemic control.

"When you find out you have diabetes there are so many things to learn! One of the things you may want to know is - what can I eat? Choosing healthy foods can help you control your blood glucose. A daily meal plan is an important part of your diabetes management, along with physical activity, blood glucose checks, and often...."

"Evidence from the National Polyp Study has shown clear evidence that removing adenomas (polyps) during a colonoscopy reduces risk for colorectal cancer significantly. There were more than 1,400 patients in the study who had colonoscopies and all existing polyps removed. After an average of six years, only five people developed colorectal cancer, all at an early stage. None died.﻿

The colonoscope is a thin, long, flexible instrument with a lighted lens or video camera at its end. Instruments to remove polyps or take samples of tissues for biopsies can be introduced through the scope. During a colonoscopy, the scope is inserted carefully through the rectum and guided through the colon.

A colonoscopy allows the doctor performing the test to see the entire colon from anus to cecum and remove polyps."

Where to Find Us

Hours may vary based on provider availability. Hours subject to change. Please call for scheduling.